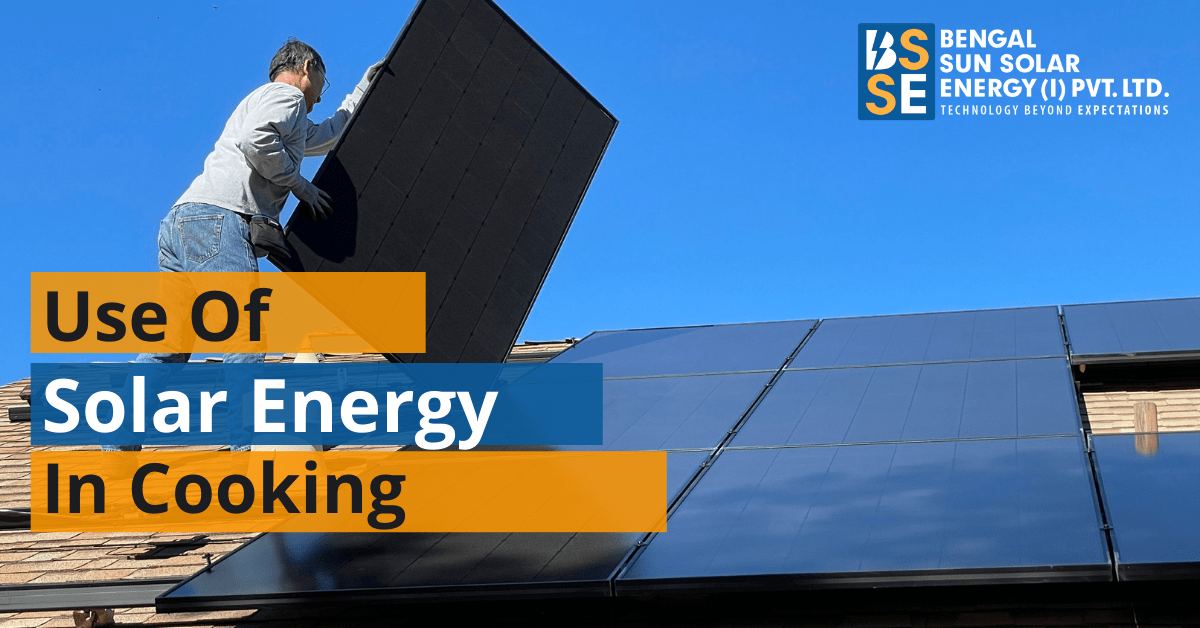 These days in India, but all around the world as well, fuel prices and the price of cooking gas are becoming a matter of worry for the common people. But unfortunately, there has been no such innovation and solution being introduced for relieving the common masses from this kind of pressure. So, the technology of solar energy which is in the stage of development presently that can be introduced as a strong alternative can work in a way in the best manner. So, there has now risen a high need to develop solar energy, based on which this entire blog has been written.

India is also working on exploring various ways, such as a hybrid model to leverage the roof-top solar energy systems that can be used for cooking. As a part of an ambitious plan to reduce the burden from the matters of rising fuel prices and bearing the cost of the costly fossil fuels that are being imported from abroad. So, the government is already expected to be wary of the development and initiate changes in that way as it is needed to be in a way like.

The best solar companies in Kolkata have to go through the plan that is expected to be a part of the clean cooking mission plan. This plan also comprises the tasks related to dealing with the plan of developing an in-house battery infrastructure that will be required for energy storage to provide uninterrupted electricity coverage to around 250 million households which is considered to be done anonymously.

The shift of technology that is thought of being undertaken in terms of converting domestic cooking fuel to be explored by the power and petroleum and natural gas ministry where a total amount of 5.7 gigawatts of solar roof-top projects have been established and more so are being planned to be developed in India so far. The government has identified around 24 states and all the Union Territories which have identified cities to be developed so far as the new solar cities of India. This kind of plan will also help in adding heft to India’s green energy credentials to create a rising demand for establishing solar equipment manufacturing ecosystem for developing the tools like ingots, wafers, cells and modules.

What is the way ahead?

It was reported way back earlier when the government proposed a plan to tap electricity resources for cooking activities. This can be led to promoting a shift towards inducting cooking facilities by replacing stove ovens in poor households in rural and semi-urban parts of India. However, in this respect, any kind of substitution activities of fossil fuels for cooking and heating might also work in a way to improve the per capita power consumption rate of India.

At the COP 26 Glasgow Summit of November 2021, it was pledged on behalf of the Prime Minister of India to cut out the total projected carbon emission rates by 1 billion tonnes in 2030. This is considered to be taken up as a step that is somehow trying to reduce the carbon intensity of the nation’s economy by an amount of less than 45% by the end of this decade to achieve a net-zero carbon emission plan by the year 2070.  The commitment in this case also includes the plan to cover half of India’s energy needs from renewable by 2030 to the use of increasing non-fossil fuels power generation capacity to around 500GW which is by the end of the decade.

The emission control commitments which have been made by the Government of India have been thought to benefit the country in the long term with the help of new technologies in the energy efficiency plan, where carbon reduction and green fuels have been rated by the ICRA. So, the best solar energy companies in Kolkata need to work on and develop the petroleum and natural gas sector in the country.

The companies that have aimed to develop their storage business, have already taken up a crucial point of stand in terms of determining the energy transition of India where it unveiled the 18,100 crore incentive scheme for developing a battery storage ecosystem. So, in such a way a long effort has to be determined to generate a safe future altogether.