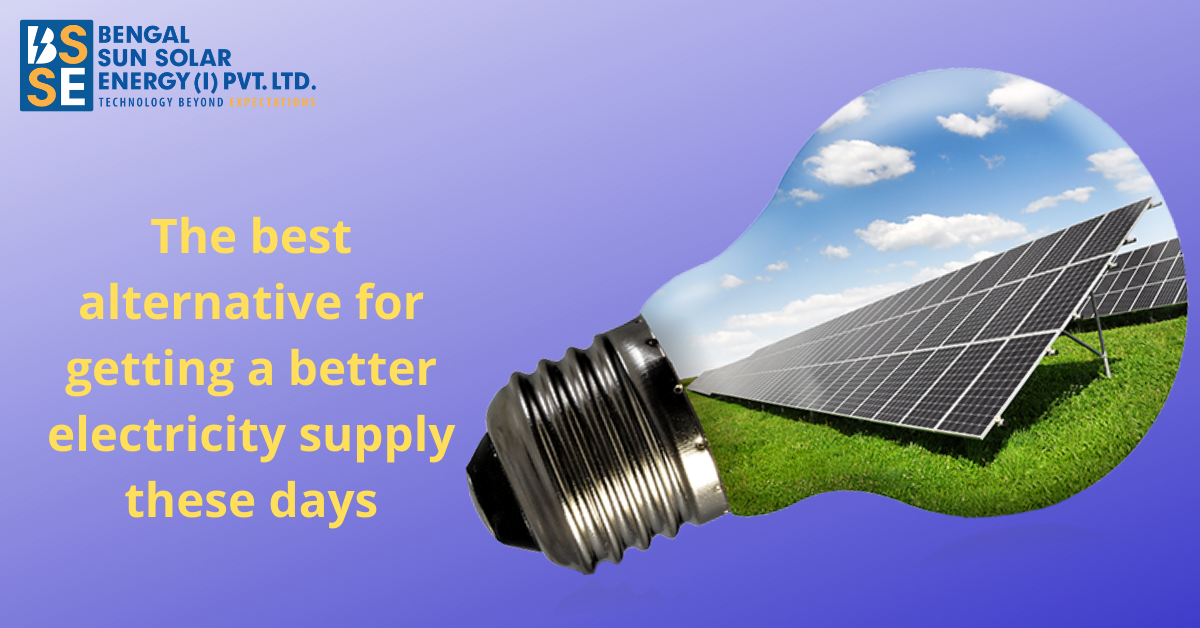 Supply Electricity demands are rising these days with looking at the continuous need and demand of subsistence and sustenance of the common people. The rising population demands and with it the rising growth of demands of basic services and opportunities for living is also taking a peak. One such opportunity is seen in this case with the requirement of electricity and fuel as well. So, in this case, a lot of tasks and efforts are being tried to be undertaken regarding introducing better rates and technology for power generation.

Solar energy is being introduced and the governments in the states and the Union Government in India are also working ahead to ensure strong support in helping to integrate solar energy or solar power technology at home. These days, the use of solar power technology is rising; it is used by people both at home and also in various places. The use of solar off-grid power plants in Kolkata is being looked up as a response to balance with the increasing costs of power and electricity elements, which is seen as a response of the people and business owners to shifting their power systems. The Government of India’s Ministry of New and Renewable Energy has been strongly encouraging and also making sincere efforts to encourage the introduction of the use of Solar PV systems.

As a part of the business plans and initiatives ensured by the Government of India under the new solar mission agenda that has been adopted, where it aims to integrate all the major industries in engaging with the use of solar technology. Also with keeping the factor of Global Climate Change in the picture, where India has been ranked amongst the top emerging economies to work towards ensuring a transition towards clean energy in the 2018 report published by Climatescope.

So, now if we consider the use of the solar energy panels at the premises of our house for getting a direct source of electricity, then various factors are there as well that we need to consider altogether. The associated benefits, disadvantages, and the different technical factors associated with them. So the different factors can be understood as;