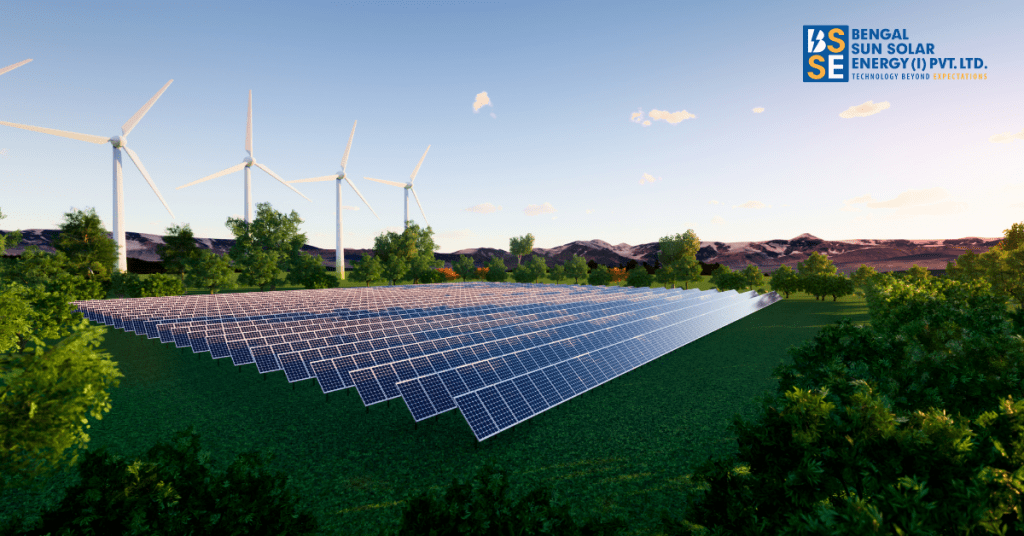 The Government of India’s goal for self-reliance is quite noteworthy and practical according to the current situation that is prevailing, since following the outbreak of the COVID-19 Pandemic in 2020. The mission started with a grand opening in 2014, but it got a new boost with this pandemic. However, speaking in terms of the Self-reliance of India in terms of solar energy, there is a long way that has to be traced; a lot of development and renovation is required at a vast scale, with a vast increase in research and development and a fixed amount of sufficient budget that can aid in this programme easily.

So, in this particular blog, the factor which will be stressed is the development of self-reliance and sufficiency in terms of solar power in India. Also, how the solar panel suppliers in West Bengal can be a part of this programme in the long run and what the government should try to do to attract them to create competitiveness will be stressed upon with importance. But as the government is pursuing a policy to establish its supremacy in the field of solar power, for which it will need a robust power policy that will help it ultimately achieve the objective by 2030.

As the government of India is targeting to install an energy capacity of around 450 GWs by 2030 concerning the Paris Agreement, whereby in just 2 years the scope of renewable energy has been doubled to a capacity of 175 GWs. However, a report in the Business Standard has stressed the area of concern that has addressed some of the key issues which can show a risk of slow down in the sectors of growth tariffs on the import of solar parts, irregular flow of finances, lack of enough land resources and the distress created and born by the electricity distribution companies which has been gathered through in-depth studies by the Business Standard.

Looking at the speed of installation of solar power panels and plants in India there are quite important and concerning matters which are coming up, like the ailing condition of the state-owned power sectors of the country which strongly require a change and some support that could save them from the worst rate of decline. Old policy issues are affecting these sectors more badly, where new developments are much needed. Also as India is having its goal of installing 450 GW of renewable energy resources in the country, so around 48 per cent of the total capacity of India’s power mix can be taken in terms of solar, wind and biomass energy too.

The solar industry in India as it is known to have been holding a deep sense of reliance as it has been happening for these so many years is for components like solar cells, molecules and solar inverters. So, in that case, the industries in our country have always been a heavy spender in terms of imports. But if we look at a data of the Government of India stated on 2019-2020 which was published by the Scroll where it states that India had received a huge import of solar wafers, solar cells and modules and the inverters which have spent worth of 2.5 $ billions. Still, despite these factors, the government is working hard to ramp up its efforts on domestic manufacturing and decrease its reliance upon imports which has been quite noteworthy in the field of defence development, along with imposing an increase of rate upon imports.

But this capacity is not that enough to fulfil the need that the country must try to cater to and achieve. The domestic capacity is not so enough at present to help install a 25 GW solar power capacity every year for which the solar power plant manufacturers in West Bengal can ensure if the government plans for special support and allots more funds for research and development that can help these companies to flourish.

So as a whole the future of solar power development is not so smooth for India, still, a lot of work requires to be done in this field in order to get a good result of development.